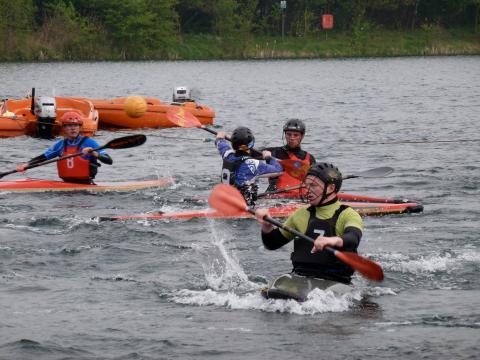 BUCS Canoe Polo, 26-27/04/2014, Hatfield Water Park, Doncaster Open – 18th Women’s – 20th Open B – 11th The highlight of the student canoe polo calendar takes the form of a weekend, whereby each team plays several matches to move up or down in the overall standings, till an overall position is given. All teams showed dramatic improvement throughout the weekend, particularly as some members had not had the opportunity to attend smaller tournaments earlier in the year. It was also satisfying that each team scored in every match, and that the enthusiasm for tackling increased throughout the weekend as a fear of falling in was lost.